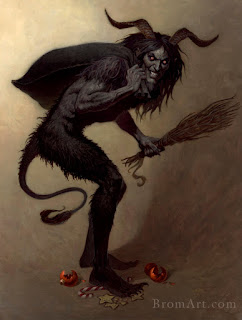 Post-anesthesia shivering revived Cammie after surgery. Furiously blinking her eyes in an attempt to regain her bearings and, hopefully, garner some medical attention. What came into focus was two-fold; the black sequined mini dress she had been wearing had been swapped out for a drab hospital gown but more importantly, her airway was choked by a breathing tube. Panicked, she pounded on the rails of her bed. A nurse in a Santa hat hurried to Cammie’s side.

“I know it’s scary but this will help,” she said and quickly injected medications into her IV.
Cammie could feel the spasms gradually subside.

Although the medicine was relaxing, it helped that the nurse’s voice was soothing. She patted her arm before checking her vitals on the monitor one last time.
Whatever else she gave Cammie made her eyelids droop, but luckily she no longer cared about the tube wedged down her throat.

Her sedation was quickly snatched from her as the woman lying in the bed across the room suddenly sprang to life. Just like Cammie had been moments before, the woman was trembling uncontrollably. With one difference; this woman was screaming.

Anticipating the nurses to spring to the woman’s side as they did hers, Cammie was quickly disillusioned. The nurses were huddled around a computer screen, unfazed by their patient’s panicked cries. Why weren’t they helping her?

Cammie focused her heavy eyes back to the woman whose screams were now deafening. The woman’s arms flailed at something black crawling from the bottom of her bed.

Unable to do anything, Cammie watched helplessly as the woman swatted and punched furiously at the black haired beast that made its way up her chest. Cammie could see it had something in one of its scythe-like fingers but she couldn’t discern what it was. Like a deranged jack-in-the-box, a second black furred creature popped up from the side rail of the woman’s bed. She could hear it laugh as it revealed an equally inky black bag and shoved it over the terrified woman’s head. The first beast chimed in with the sickening laughter and revealed just what was in its hand: a wooden switch. As the second beast stuffed the rest of the woman into his bag, the other beat her unmercifully with the switch.

The tremors returned and took over Cammie’s body but this time it was fear, not anesthesia.

The horrible creatures had the woman’s body almost completely shoved in their bag when Cammie let out a muffled crack of air from her obstructed throat.
Their attention turned to Cammie.

For a horrifying second, both beasts stopped their beating and stuffing and placed a pointy finger to their smiling lips, convincing her to remain silent.

She slammed her eyes shut. She wanted to keep them pressed closed for as long as she could but she knew she couldn’t hide. It happened.
They saw her. The beasts saw her.

There was nothing. The hideous black beasts were gone. The nurses were still conversing at the computer. Doctors were scurrying back and forth. The woman in the bed was gone. But how much of what she just saw was real and what was medically induced?

Cammie stared at the blinking red lights on the small desktop Christmas tree at the nurse’s station. She had been through a lot of trauma for one evening. The red blinking lights were a blinding reminder.

Unfortunately, her composure was interrupted by the woman snatched from her bed. Only this time, her face and chest were full of glass shards and blood poured from her wounds. The same screams she heard minutes before were now echoing in Cammie’s face.
“Where is Tia? What did you do with my little girl? Where is she?”

Once again, Cammie could feel the terror rise in her broken body. But the woman continued screeching,

Tears burned from her eyes but the tube in her throat kept Cammie mute. She thrashed her head side to side, avoiding the woman’s bloody finger dangling in her face.

The assault didn’t go unnoticed. One of the doctors padded over and gently placed a hand on the screaming woman’s shoulder.

“Now Marion, we’ve talked about this. Cammie doesn’t have Tia.”

A nurse sidled up to him and took ‘Marion’s’ arm.

The feral look in Cammie’s eyes softened. The doctor continued speaking to Marion.

“Cammie may have taken her from you. But your own Christmas ‘spirit’ lead you here…with us.”  His lips twisted into a deranged smile displaying rows of tiny sharp teeth.

In a single blink, both the doctor and nurse had morphed into the grotesque beasts.

The “doctor” yanked the black bag over Marion, who punched and kicked as the nurse beast struck her with the switch.

Once she was forced inside, the nurse creature dragged her down the hallway, the bag undulating and lurching.

Cammie had the creature’s sole attention. Hurling itself on top of her, it stroked her tear soaked hair.

“Merry Christmas Cammie. I have something for you.”
Its voice was thin, ragged and hideous.

Furiously, she shook her head no.

But the beast wouldn’t take no for an answer. From behind its gnarled back, it retrieved a doll. A blood stained doll: its dress torn and wet. The beast sat it on her chest.

Cammie noticed the gift tag on the dolls tattered arm.

Choking uncontrollably on the breathing tube, she couldn’t help but panic.
The beast cooed, “Let me help you, child,” yanking the tube from her throat.

The second creature reappeared next to her bed with the black body bag in its fist.
at December 05, 2016 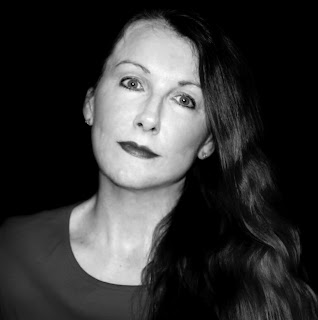