The Dogs Have a Story to Tell...

We Love Mieces to Pieces


As Narrated by Quincy P Longfellow ( the bossy Brussels Griffon) and


Typed by Igor (The devastatingly handsome Chug. Hey, I’m the one typing here so-suck it!)


Poor Yeti the Shih Tzu. He is still too traumatized by these events to do anything and is having a ‘Blair Witch Moment’ (meaning he’s staring head first into the wall).


God help us all… 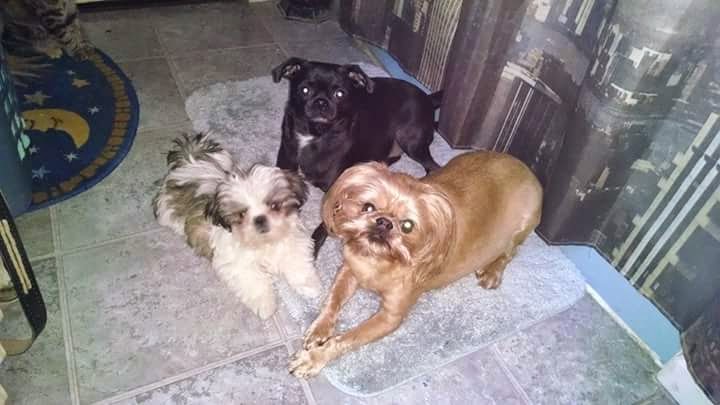 
One evening, after an hour of Igor's relentless pacing back and forth, peppered with episodes of intensely staring at Mom and Dad while they watched their favorite television program, we were finally granted exodus to the back yard (YAY) where we feigned our need to piss. Suckers.


After a few squirts just to make it look good, we were ready to go in but not before Yeti, who is often way too trusting for his own good, made friends with a little field mouse.


The mouse, named Leroy, asked for refuge for the night. I told the mouse to hit the bricks because mice are creepy and often serial rapists.


But Yeti felt bad for Leroy and carried him inside. At first it was awkward but as we sat around chatting we found his company charming. He spoke of his family and how his siblings upon siblings loved working in the family business, which we found out was stock trading with only an occasional rape here and there. But Leroy just didn’t want to follow into the family tradition. Hedge funds just weren’t in his heart. So he struck out on his own to follow his dream-which was to be a mime.


Now as we all know Igor hates mimes. They make him want to slit his wrist and theirs but as we watched Leroy go thru his little ‘pushing an invisible boulder up a hill routine’ and the disturbing ‘rape of an invisible chipmunk’ we couldn’t help but think- wow…this mouse SUCKS at miming.


We clapped anyway just to be nice and to get him to stop miming the ‘death by hanging from an invisible rope’ routine and that’s when it happened.


Igor may hate mimes but Fathead the one-eyed cat downright despises them. Fathead’s family was tortured and killed by a group of rogue mimes. One tragic summer, the family came across a gaggle of mimes and were egged-on to participate in their routines- when it got ugly. Almost every member of Fathead’s family were killed while slipping on imaginary banana peels. A few died from falling off a cliff while they were ‘walking against the wind.’


Fathead and a few of the other cats in his pussy, I mean posse, damn Freudian slip, took us by surprise and jumped us, plucking little Leroy from his “stage” and into their fiendish paws.


Yeti sprang into action first. Without a thought for his own life he stood face to face with Fathead took a deep breath and with all the confidence his little Shih Tzu voice could muster said, “What the fuck?”


The other cats at his side: Churchy, Poe and Moby just laughed. But Fathead, gripping the scared little Leroy in his left paw, only cocked his head and without so much as a warning hiss, punched Yeti in the face with a solid right knocking him on his fuzzy ass.


Igor, being a protective big brother (me, not so much), lunged at Fathead and attempted to wrestle Leroy out of his vindictive claws.


The other three cats clung to Igor’s back, desperate to pull him off their leader. I decided it was time for me to do something--so I grabbed for the cell phone to get it all on video but a fifth cat, Lily, would have none of it. She was using the cell phone for a marathon selfie session and slapped me in the face as if I were a being challenged to a duel! It caught me by surprise but I shook it off and gave it back to her with a hearty, “Aww no you di-in’t?”


But before I could give her the bitch-slapping of her nine lives I heard Igor begging for my help. He was pulling on Leroy’s arms straining to wriggle him free from Fathead’s kung-fu grip while the Poe, Churchy and Moby clung to his legs neck and back in resistance!


As I bit each cat in the ass I was rattled by a very disturbing ‘pop’ followed by a second ‘pop’ and a horrific scream.


To my revulsion, the little arms of the field mouse 'popped' as they were each ripped from his torso. Igor stood shaking as they hung limply in his paws. The horrid scream was Yeti who witnessed his new friend’s bloody amputation. He puked by the way. Squeamish bastard could never have been a brain surgeon like he always talked about.


For a second, everyone was completely still. Until the battle cry was raised by Poe who roared, “Dibs on the drumsticks!”


While Igor stood dumbfounded, still holding Leroy’s severed arms, I attempted to pry the rest of his body from Fathead. But the son-of-a-bitch cat did the unthinkable. Fathead raised his paw and bellowed, “For my family” and tore Leroy’s head off, spitting it at Yeti who was rocking back and forth, babbling to himself.


Moby dived for Leroy’s head but he slipped in a puddle of mouse blood. Instead of snatching the prize in his claws, he accidentally smacked it, sending it sailing thru the air. Unfortunately, as dad came in to investigate the commotion Leroy’s decapitated head hit him dead in the nuts.


I couldn’t help but snicker at the thought of dad getting ‘a little head’ as it thwapped him in the nut sack. Dammit it was funny! I did feel a bit ashamed thinking it. That’s gotta count for something.


With dad doubled over in pain it gave the rest of the cats time to gut the body and smear the blood all over their faces like some sort of wild-ass Indians. Oh wait, was that racist of me? I meant AMERICAN Indians. (I’m sick of this PC shit.)  They then ran through the house each hording their prize cuts.


As dad regained his composure and stepped barefoot in the warm gut pile, Igor and I carried Yeti into the living room. The poor little bastard hasn’t been the same since. Now, when he sees a down on his luck woodland creature outside while pretending to piss, he projectile vomits.


The moral to the story?


And mice skulls can make a set of nuts blow up like a goddamn loaf of bread! 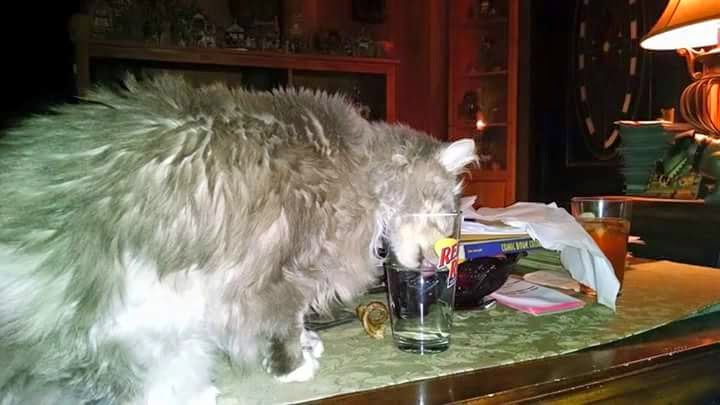 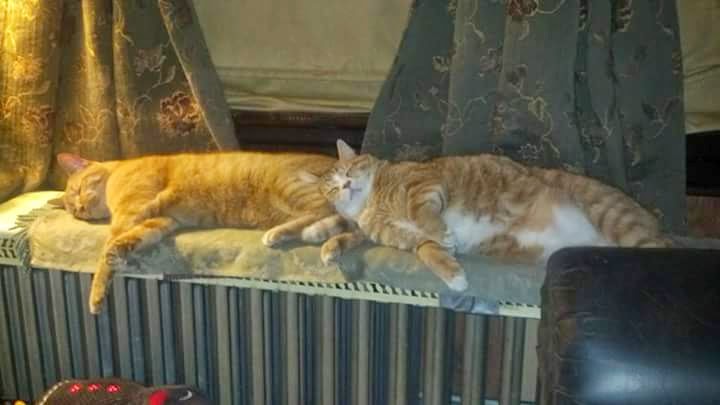