As Narrated by Quincy and typed by Igor and Yeti.The cats did nothing but lick their asses...


We decided to piss off mom this year and not write a Christmas letter. But since Yeti is a mama's boy and a dirty suck-up, he talked us into writing down our New Year's Resolutions. And by "talked us into" I mean, "promised to do our bidding." Stupid little bastard's going to regret that decision. Newbie.


1.  This year we will not shit where we have previously have shat.   Unfortunately, I have no idea where that is....


2.  We will stop writing letters to actor Jake Gyllenhaal telling him his sister looks like a nasty hemorrhoid attempting to hang itself from Jabba the Hutt's third sphincter. It is mean and hurtful. But DAMN it's funny.

3.  We will stop referring to the cats as; hors-o'-derves, tuna lickers, pussy wankers, finger sniffers, Chinese take out, feline fartknockers, devil spawn and Bruce Jenner. We promise to just call them what they are...Assholes.

4.  Igor says he will not hump Dad's action figures anymore....while dad's playing with them.

5.  Yeti says he will no longer force-feed the two bulimic fat cats great quantities of cat food until they puke...and then slurp it up with a side of hot fries. I told that baby Shih Tzu not to read Fifty Shades of Grey. That fetish shit is just NASTY.

7.  We decided to start going to church as a family. Hahahaha...no we didn't. Igor refuses to be filled with the Holy Spirit. He claims that the 'Ole Spirit' doesn't wear a condom while filling and that doesn't sit well with Igor's core 'Rasta-fart-again' beliefs. Who could blame him?

10. We will no longer talk to strangers. We will just take them out one by one as they walk past our house and salt cure their bodies in preparation for the Zombie Apocalypse.

11. We will stop conjugating in Ebonics. I guess it can't be all, "I/be, he/be, we/be." But dammit it, it sounds so RIGHT and gangsta! Jewbonics just isn't the same.

Hope this New Year's letter finds you happy & healthy and no longer fat, smoking, stupid or whatever you supposedly gave up for 2015! 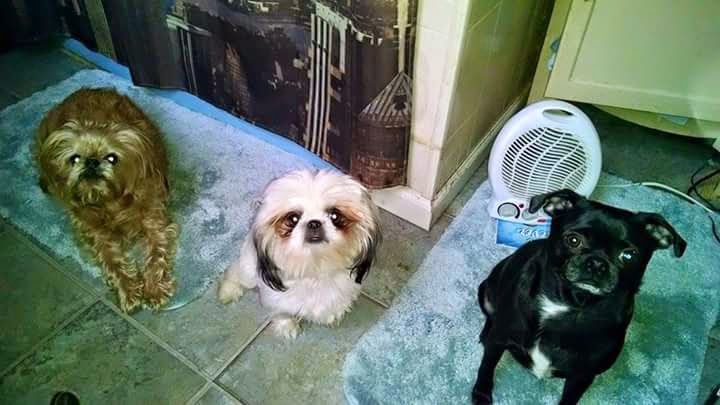